skip to main | skip to sidebar

Howdy from Poetry!  The Primitique is preparing for a big sale.  Maybe I should scream that part...BIG SALE!

We have been on a buying freeze for a while.  The garage, barn, workshop, bunkhouse, yard, land & The P building are full of stuff that doesn't need to be stored any longer.

The future finds us preparing for nuptuals.  You know.  The merging of households.  The planning and decorating of a wedding.  The purging of what was "me" to make room for "us."

Stay tuned for pictures.  But, the facts are what are important at this point.

For the address and directions, please send your inquiries to ThePrimitique at yahoo.com

We will not be taking appointments and there will be no early sales.

The gate will open promptly at 9 both days.

Can't wait to see you!

Jesus and Tornadoes (repost with pics)

(a repost with pictures added)

Here's the deal. It's the week before Easter. You know, the celebration of Jesus rising from the dead. Yup. He arose! And to be frank, I suppose if Jesus can rise from the dead, I shouldn't be too terribly shocked that somewhere between 13 and 19 tornadoes touched down in the Dallas/Ft Worth Metroplex yesterday and from the latest reports, not one person died.

Now, to be classified as a tornado, there has to be some kind of scary definition. Something along the lines of "Crazy, fast winds that go in circles and pick up stuff and take said stuff to the sky (or off the ground) and place stuff elsewhere in a not very orderly fashion." That's just my rough guess. One would think that amongst 13 to 19 tornadoes, someone would have been picked up and tossed about and killed. Nope. Doesn't seem to have happened.

I got a bottle of window cleaner and a roll of paper towels and started cleaning windows. It seemed like a good idea at the time. 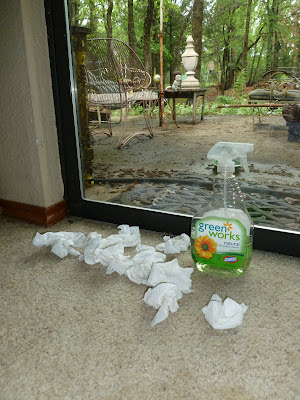 Around 3:40pm or so, the nice weatherman and his radars indicated ugliness in Forney. Not just ugliness. The T word. A tornado (later to be rated an EF3) had touched down and it was headed north east. Then, it was in McLendon-Chisholm. Well, my stars. Guess who the T word was coming at?

I started packing stuff into my safe place. I packed water, nuts for protein, 2 flashlights, a spare battery, Burt's Bees lip wax, a box of Puffs, my cell phone, my house phone, pillows and a comforter and pain meds. My safe place is the master closet. I figured if any of those hangers jabbed me in the head, I might want some pain meds. Wasn't that smart? 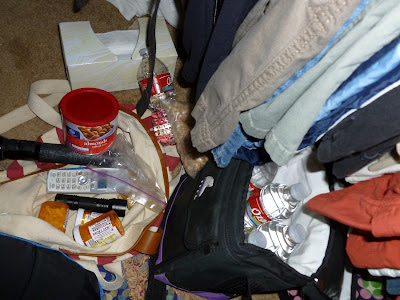 I put on my engagement ring so that if my body was found, they could identify it by the rock, if not by my face.

Before I made it into the closet, I heard something. Nope. Not the famed "train" that folks say you will hear. I heard a constant roll of thunder. You know how the tires on an airplane sound when driving on the tarmac after landing? That's what I heard.

The electricity went out.

I got to the closet and my ears started popping. I started wondering if the clean windows were supposed to be open or closed. What is the rule?

I was getting text messages and phone calls from all those people that I had been checking on earlier. I began to rely on them for my radar/weatherman updates. Nope. I don't have a smart phone. Nor do I have a battery operated radio (that I can think of). My sister would tell me, "That was a bad one, but another one is coming. Stay put and hang on." Hang on? She told me to hang on? Eeeek! 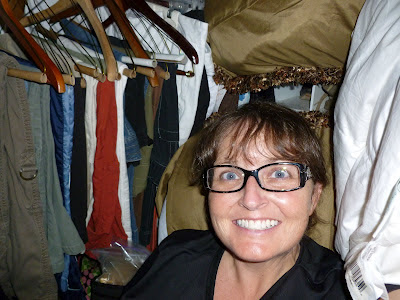 After about 40 minutes of updates, I emerged. I walked to the clean windows and looked out. I saw no major devastation. In fact, the only odd thing that I saw was a tall weed with it's rootball attached, laying in the backyard. I've looked around the yard and can't figure out where it came from. I guess those scary, fast winds brought it to me. 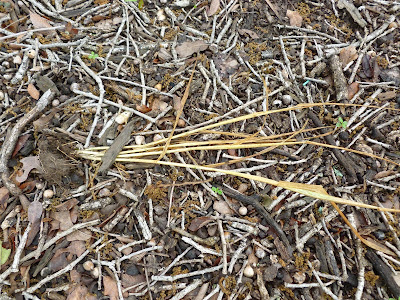 (it was green when I saw it)

I drove around today. Within a couple miles of my home and of The Primitique, buildings are history. Roofs are gone. Buildings are gone and roofs are there. Buildings are in ponds. Trees have been snapped all over everywhere. I just heard that the tornado that hit closest was an EF2. 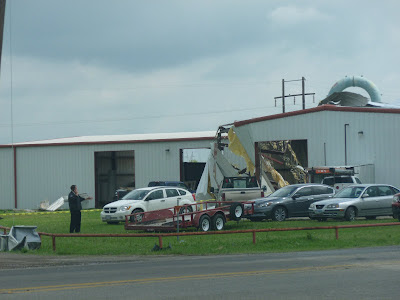 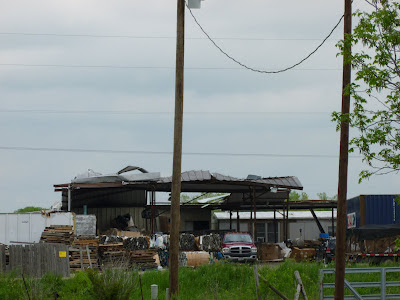 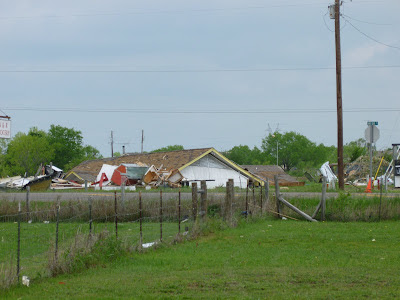 Did I mention that there has been no reported loss of human life? Listen here. If Jesus can rise from the dead, well my goodness, tornadoes not killing folks shouldn't surprise me.

God, within the very same breath, showed us His power and His Grace.

This Easter hug your family a little tighter. Praise God a little louder. And embrace with your whole heart the gift of Jesus Christ. Amen.

The truth is...I don't know what the rules are...but I DO know that we're engaged!

Indeed, New Year's Eve, by the light of Ethyl

in the garden of Azalea Inn in Jefferson, Texas, to marry him. And I said yes. 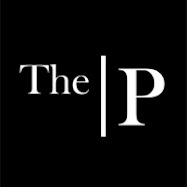 We sold all inventory and are resting. Don't know when we'll be back or exactly what we'll be doing. But, it's exciting to think about restocking!!!

Where to Holler at me

Promote Your Page Too